The second leg of my Australia/Fiji vacation brought me to Melbourne, Australia and Melbourne Marriott. After a very pleasant experience on Virgin Australia (they make all US airlines look third-world air carriers!) I arrived by Taxi at the hotel. The lobby is very welcoming and smelled wonderful (I learned the smell was something they called Vivid Orange..I thought about buying some)

Check in was very easy and since it had been a while since I’ve stayed at a Marriott my status had dropped to Gold. I wasn’t quite sure what I should expect. I was very pleased to learn that Gold status got me free internet – something I have since learned is rare in Australia – and access to the executive lounge. The executive lounge, on the 9th floor, offers complimentary breakfast, appetizers and wine during the dinner hour and dessert and cocktails following that. Everything is free and well stocked.

My room was a large king room with a working desk, wet bar, and large bathroom. My room had no real view of anything. The bed was comfortable with lots of pillows (soft, medium and firm pillows to choose from)and there was a very large screen TV that swiveled to face either the bed or desk. The bathroom was very clean and had a shower only (no rooms have tubs since the hotel caters to mainly business travelers.) One of the nice perks was of course the free internet, but also the room had converters so I didn’t even have to break mine out.

The hotel has recently undergone a refurbishment and it shows! The rooms and lobby and lounge are all very up-to-date, clean and modern. The restaurants are surprisingly good and reasonably priced – compared to the average price of a meal in the city.

The hotel is located one block from China town and a three-four blocks from the Bourke shopping mall (an outdoor shopping street filled with small and large retail outlets.) Public transportation is readily available in the form of trams, trains and taxis. The Southbank area, filled with restaurants, shops and offices for most major corporations, is accessible by tram or taxi (about $6-10 by taxi each way depending on traffic) or $11 for an all day train ticket.

The hotel staff was very friendly and helpful. The front desk helped me several times throughout my stay. Murray at the front desk was especially helpful. And, on day 3, he remembered me by name – that always goes a long way! The hotel concierge was hit or miss though. Some days the person working the concierge desk was very knowledgeable and other days you could tell the person wasn’t really a concierge. The worst meal I had in Melbourne came at the recommendation of the concierge. The same concierge also made a very poor recommendation for a salon offering manicures/pedicures. I quickly learned to visit the concierge desk while the female concierge was working (she was very helpful and knowledgeable).

On my fifth night at the hotel, I received a complimentary bottle of wine from the hotel as a thank you for staying 5 nights. It was a very nice gift – even though I don’t drink – I appreciated the gesture. I would absolutely return to the Melbourne Marriott (if the rate was reasonable..it can get very expensive in high season.)

I have to say, this trip has made me think seriously about staying more frequently at Marriott while traveling abroad (I think Starwood will remain my #1 chain because the corporate rates are better usually, I am defiantly looking forward to more Marriott stays in 2012.) 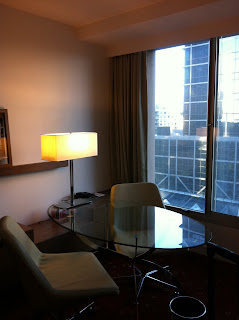 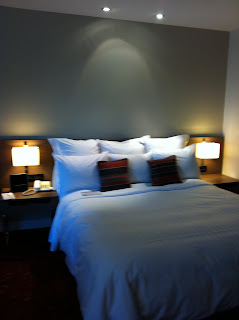 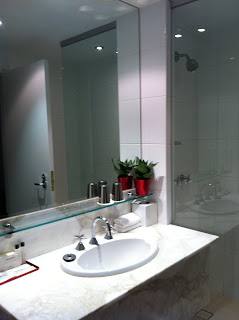 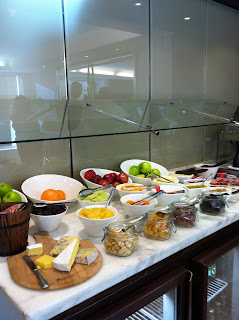 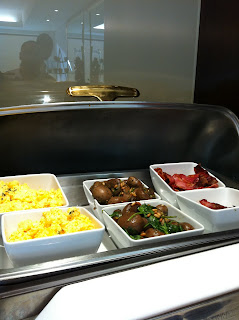 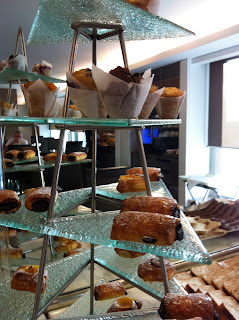 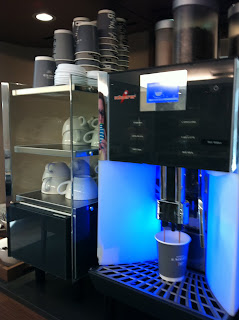 The Psychology of Loyalty, and the Horror of Hearing No.

Be the first to comment on "Melbourne Australia Marriott Review"