Google Maze Melbourne and you’ll find many references to celebrity chef Gordon Ramsay. But click on the links and all signs of Ramsay’s affiliation with Maze Melbourne have been removed. December 9th was the last night Maze Melbourne operated under the Ramsay name and I had an opportunity to experience one of the final services.

I was told reservations were required for Maze, and so I made a reservation for Friday December 9th. I was told the only open time for 2 people was at 6:30pm, so we accepted. Upon our arrival, we were greeted by a hostess who asked us to have a seat in the bar lounge. We did and after about 10 minutes were shown to our table. The dining room was almost empty – there was a table of 1 and a table of 2 already seated. I wondered why a reservation was necessary.

Our server greeted us with a wine menu and took drink orders. She then provided the dinner menu. There was a choice between a $120 (AUD) tasting menu which did not include wine pairings and an a la carte menu with items priced between $16 and $35 (AUD) each. All items on the a la carte menu are small plates, and our server advised us that most guests required 3-4 items to feel satisfied. We quickly discovered that dinner at Maze can become very pricy.

We started the evening with Foie Gras and French toast, caramelized apple and amaranth and Roasted Scallops, sherry caramel, wild rice and spices. The portions were shockingly small, even for small plates. The Foie Gras and French toast was a good concept and very tasty, but the Foie Gras seemed to be an afterthought on the dish…the primary focus being the caramelized apples. The Roasted Scallops were delicious and perfectly cooked. The sherry sauce was marvelous and the crunch of the wild rice added an interesting contrast to the scallops. I would order the scallops again.

Our second course consisted of St Leonards Snapper, chopped Kipfler potatoes and wild greens and a plate of Yarra Valley Duck Breast, roasted squash and beluga lentils. Both dishes were mouth-watering and left us wanting more. The snapper was flaky and moist and the flavor of the potatoes was a perfect complement. The duck was cooked medium and was extremely tender and flavorful. The squash was interesting but the highlight of the dish was most certainly the beluga lentils. They were outstanding.

Still hungry, we requested the menu from the server. It was at that time that we learned there was a special – something she had forgotten to mention when we ordered originally. The small plate was a veal dish and she quickly convinced us to order it. While we waited, we noticed that the dining room was beginning to fill up at about 7:30, but still there were plenty of tables open, which left me wondering why reservations were necessary. When our Poached Veal, Asparagus and polenta dish arrived, we were again surprised at how small the dish was. The veal was cooked well, but very under seasoned and the least successful of the dishes we had ordered so far. The shaved asparagus was the best part of the dish.

Still hungry, we decided to order dessert. We ordered one dessert to share and our server seemed pretty surprised. When it arrived, we understood, the desserts were also “small plates.” We ordered the Coffee Ganache, Salted Caramel, Hazelnut ice cream. The dessert was the most disappointing part of the meal. The ganache did not taste at all like coffee and we only discovered the salted caramel once we got to the center of the ganache. The Hazelnut ice cream was good, but the portions were so small that after one bite each the ice cream was gone. I wouldn’t order the dessert again.

With our check came a plate of salted caramel truffles. They were good, but very, very messy and extremely similar to our dessert – the only thing missing was the ice cream.

I can see why Ramsay’s restaurant wasn’t the success he is used to. Melbourne is a city filled with exceptional restaurants and cafes and Maze, inside the Crown Metropol Hotel was quite expensive and seemed mainly filled with tourists and hotel guests. The majority of the food was very good and some of it brilliant and the presentation was exceptional, but overall, I was left hungry and underwhelmed by Maze.

Chef John Lawson is Executive Chef at Maze, but the staff was silent when I asked if he would be staying at Maze or rejoining one of Ramsay’s other restaurants. 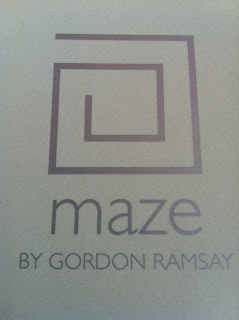 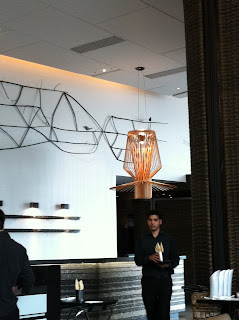 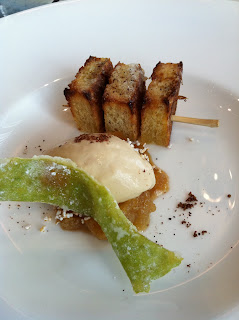 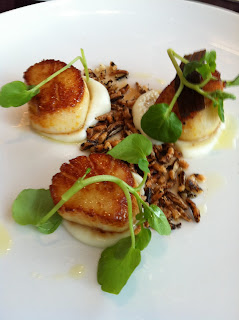 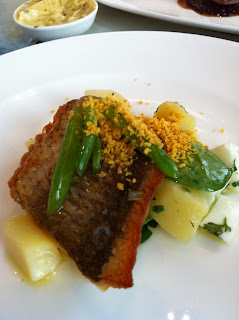 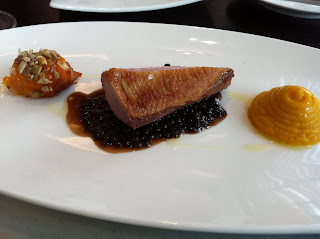 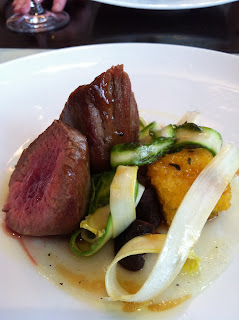 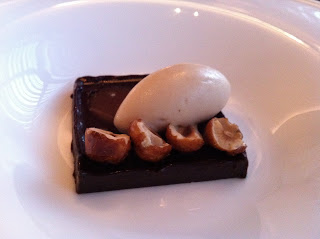 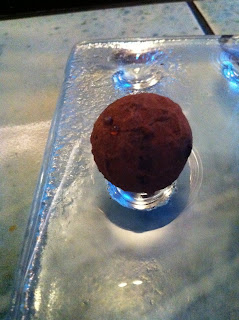