The Marriott Sydney is located on Sydney’s famous Hyde Park and just miles from Sydney’s CBD. The hotel has recently been refurbished and looks more like a boutique hotel (think W or Kimpton) than a major chain. The high floors of the hotel offer spectacular views – my room looked out onto the Harbor and Sydney Football Stadium.

Check-in
The hotel was very welcoming and my check-in very quick. I was upgraded to an Executive Floor Room and given access to the Executive Lounge. I had several pieces of luggage with me and a box waiting for me at the hotel, and so the concierge assisted me with bringing my bags to my room (that was a real treat for me! I usually never ask for help.) The bags arrived in my room within 5 minutes and the concierge answered questions about the internet, local area and in-room amenities.

The Room
First, let me describe the hallways. They caught my attention immediately because the walls were gray and the carpet was gray. They were well maintained, but it made the hallways seem dark. Until I got into my room, I really didn’t understand the hallway décor choice.

The room was very modern – dark gray/light black carpet, 2 black chairs, a white leather headboard behind the bed and a red accent wall. The bathroom was quite large and had a large tub and combine shower.

While I liked the color scheme in the room (it could work well in my own home), I could see how some travelers might find it a bit dark. There were also a few oddities about the room. First, there was no clock in the room – no bedside clock even – so I found myself calling the operator. I also found the desk set-up a bit hard to work with. There were no plugs within easy reach of the desk, so I had to stretch my power cords behind me to the “refreshment center” – which made working a little awkward.

The “refreshment center” as I’m calling it had a mini-bar, a microwave, coffee pot and other typical amenities. The microwave was a nice touch, not that I used it though.

The Executive Lounge
The Executive Lounge was small, much smaller than the Marriott Brisbane or Marriott Melbourne’s lounges, and both nights I was there, it was full. The selection of food choices wasn’t so great. In the evening they offered canapés – the canapés looked like they’d been ordered in bulk from Costco (yep, there’s a Costco in Sydney) and the breakfasts were typical hotel breakfasts (eggs, sausage or bacon, breads, muffins, meats and cheese) but nothing like I had in Brisbane or Melbourne (guess I got spoiled by Marriott Australia.) They did have a great selection of drinks – both alcoholic and non-alcoholic. They even had my new favorite drink, Schweppes Lemonade!

General Overview
I was only in the hotel two nights, so not really long enough to try the restaurant or many other services. I did however stop by the concierge desk. She/he wasn’t there, so a bellman offered to help me. I wanted to find a day tour and asked about city tours, boat tours and other options. The bellman gave me a brochure for a whale watching excursion. I LOVE whale watching! I’ve done it in Hawaii and Alaska (twice) and would go anywhere, anytime. I noticed that the brochure said the season ended Dec 10 (this was Dec 28th) but the bellman assured me that there were still trips and to ignore the date. I was very excited to say the least. Unfortunately, I guess the bellman was wrong because about 5 minutes later he called to let me know that there were no whale watching excursions available. I was disappointed. So I guess the lesson here is to wait for the concierge to get back from his/her break.

I would return to the Sydney Marriot if I was back in Sydney. The hotel was clean and modern. Offered free internet to Marriott Rewards Members and was very conveniently located. 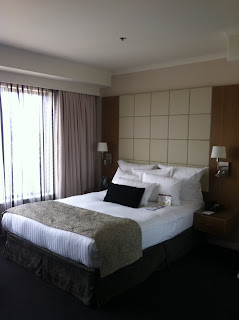 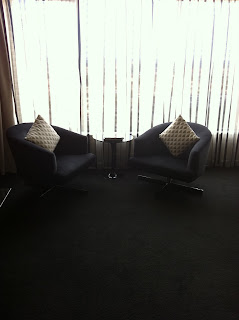 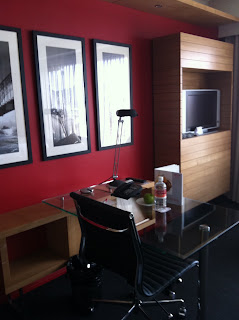 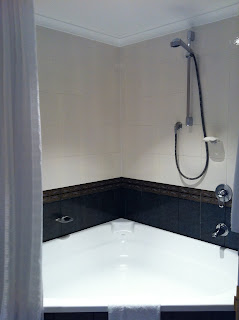 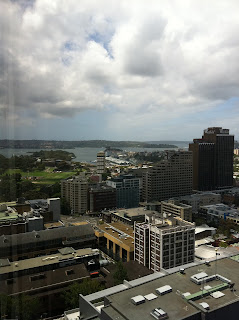 The Psychology of Loyalty, and the Horror of Hearing No.

Yes, that’s right, I’m at a @CourtyardHotels by @MarriottIntl

Be the first to comment on "Marriott Sydney Hotel Review"