i figured if i was going to go to Ireland for the first time, it might as well coincide with St. Patrick’s Day. and if i were going to be in Dublin for St. Patrick’s Day, i should see the St. Patrick’s Day Parade! (by the way, i’ve been warned on multiple occasions that if you want to use a shorter version, it’s ONLY St. Paddy’s Day or Paddy’s Day, NEVER Patty with a T. only Paddy with a D.) 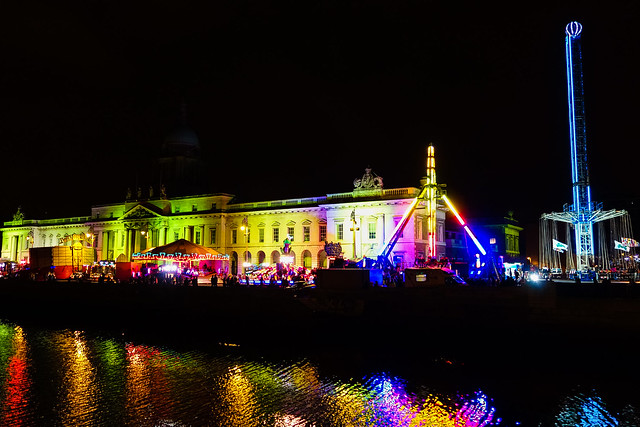 For the festivities, the area in front of The Custom House is turned into a funfair.

in my mind i was expecting a parade with marching bands and fire engines and Boy Scout troops and Miss St. Patrick’s Day riding on the back of a convertible. well, i was sort of right. there were marching bands, yes, but it felt a lot more like a carnival (as in Mardi Gras carnival, not funfair carnival) parade with quite elaborate “pageants”.

sidebar: practical matters the parade route winds its way from Parnell Square north of the river down O’Connell Street, crossing over the river, passing by Trinity College all the way to St. Patrick’s Cathedral. more details on the route can be found here — it’s dated but i don’t think the route ever changes.

the parade officially starts at 12:00 but don’t expect it to get moving until a bit later. i stood just south of the General Post Office / Spire in the middle of O’Connell Street. people were already lined up at around 11:15 when i got there, so be sure to get there early if you want a spot in front. there are certain sections that are only accessible to those with certain wristbands; i assume you have to pay to get those, but you will be in a less-crowded area.

here are some pictures from the parade; more are of course available on flickr.

there is a three-year theme series of past, present, and future. this was the first year of the arc, so it focused on Ireland’s history. clearly some of the finer points of this were lost on me (see below). 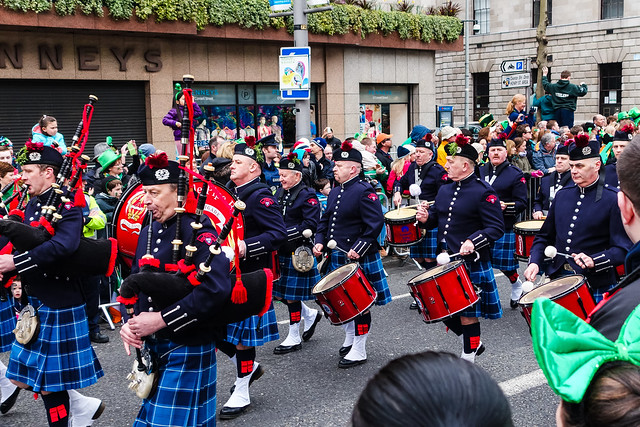 Yep, there are bagpipes and drums. 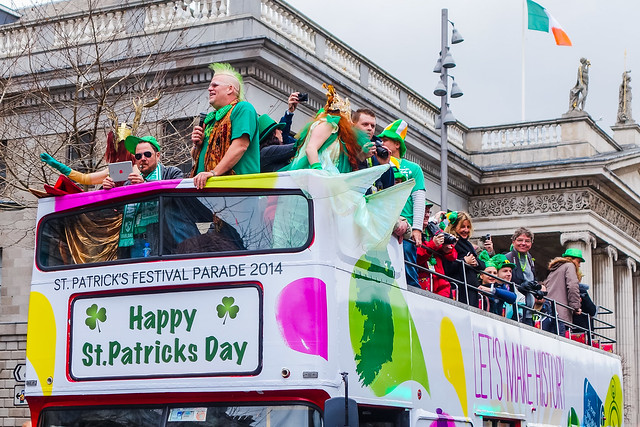 Not quite sure who all this man is, but PARTY BUUUSSSS! “Let’s Make History” was the theme of the parade. 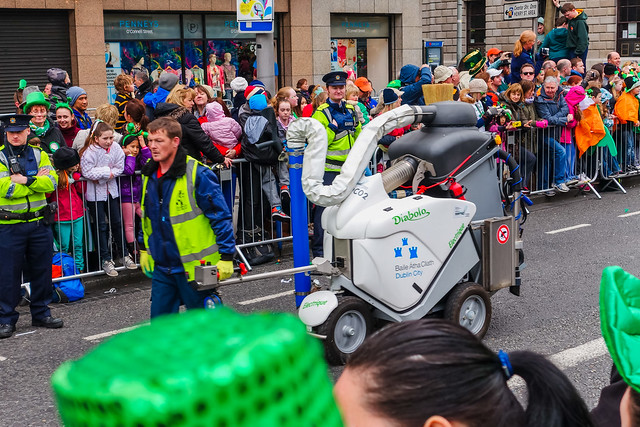 I think this contraption sucks up horse poopie; one followed every group of horses. 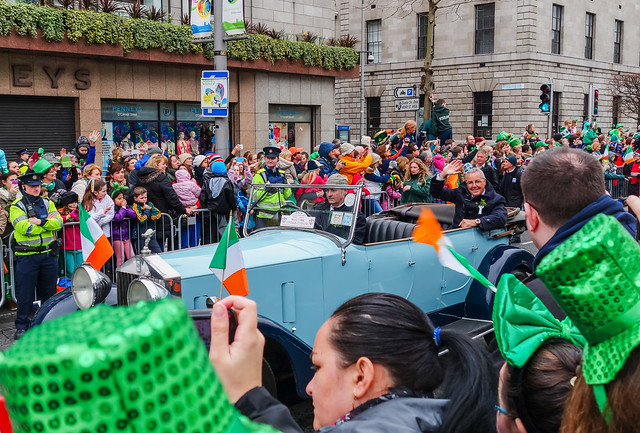 If I’m not mistaken, this is Grand Marshal Stephen Roche, an Irish cyclist. This type of car is much more classy than a sporty convertible, eh? 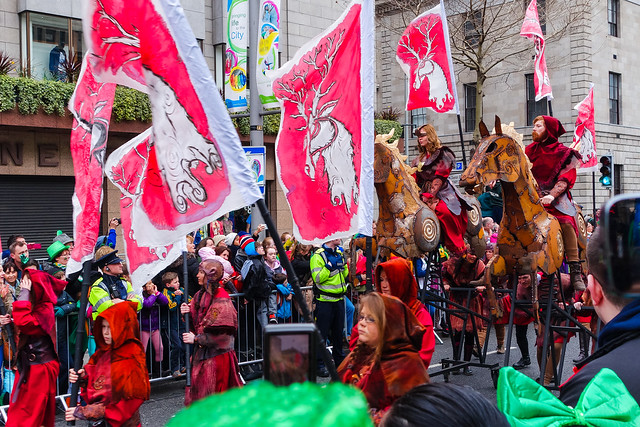 The first pageant commemorated the Battle of Clontarf, which took place 1000 years ago. 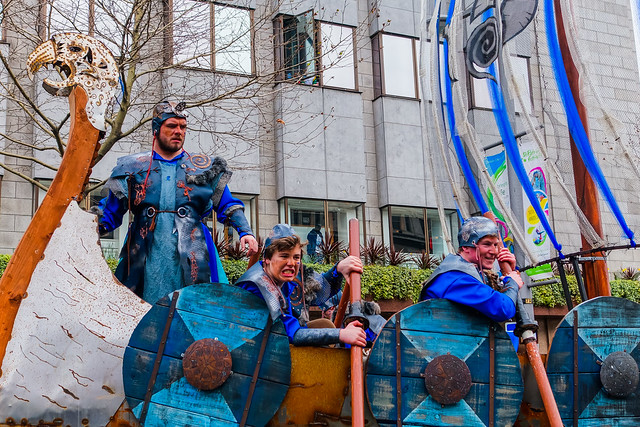 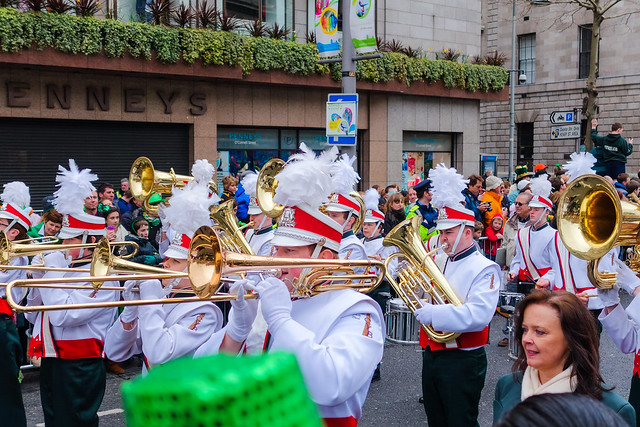 There were a number of marching bands — almost all from the US. As it turns out, my high school was there! But alas, I tried to stay as late as I could in order to see them, but even after over 2/3 of the parade, they didn’t appear yet and I had to get back to work. Sigh. 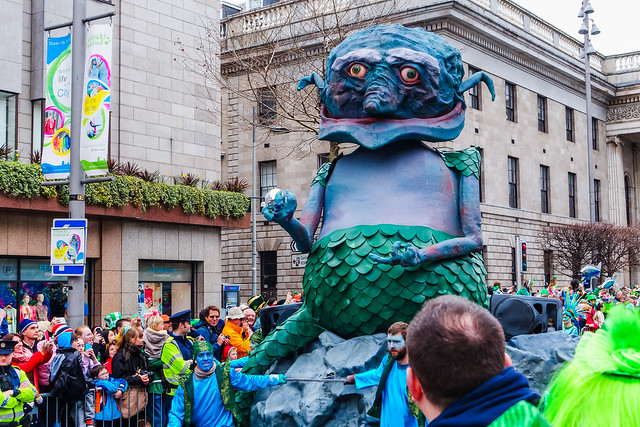 This is a merman. Apparently. 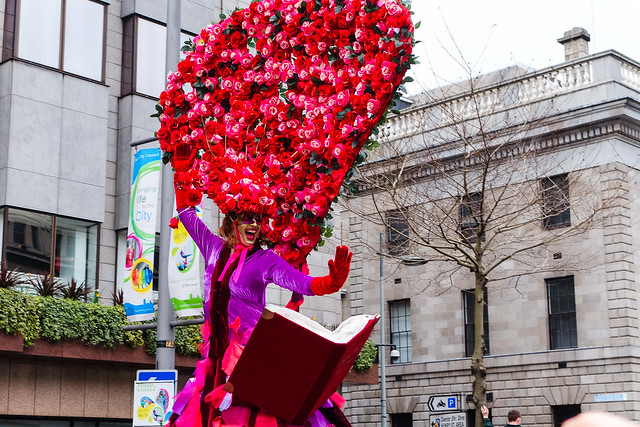 Have I mentioned a lot of the finer points were lost on me? 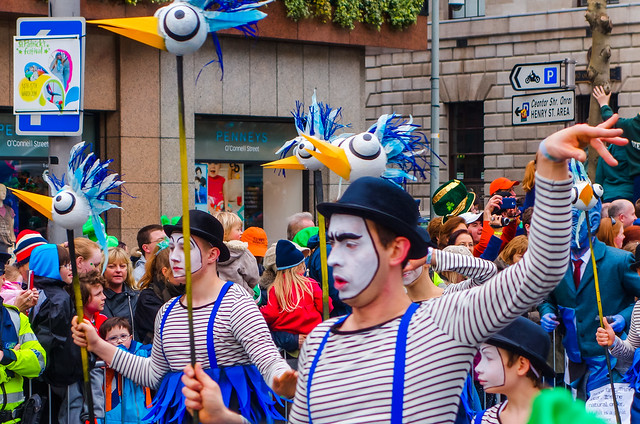 Instawalk: Temple Bar, The Day After

Be the first to comment on "Dublin’s St. Patrick’s Day Parade (Ireland, Not California)"