it’s my first day in Cape Town and the Bo-Kaap neighboorhood was my first stop, since it’s about a 15-minute walk from my airbnb.

my airbnb, by the way, which has a great view of Lion’s Head mountain: 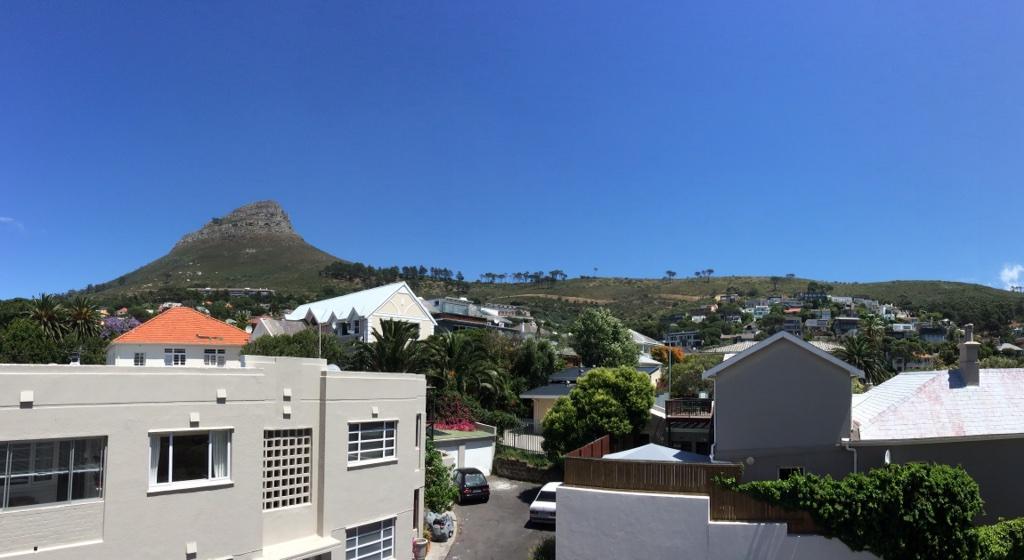 but i digress. Bo-Kaap is historically the part of Cape Town where the Cape Malay settled, who i learned are not from Malaysia at all, but rather are mostly Indonesian, which makes sense given the shared Dutch colonial ancestry of South Africa and Indonesia. the term actually has grown to encompass many of the descendants of South and Southeast Asians who were brought to Cape Town as slaves centuries ago by the Dutch East India Company. currently, the community is linked more by their shared Islamic heritage than anything else. their culinary influence has spread throughout the country, as i have discovered that some of my favorite South African dishes — sosatie and koeksisters — are of Cape Malay origin.

the main attraction of Bo-Kaap area are the colorfully-painted houses and the cobblestone streets, which give the neighborhood an irresistible charm, especially on a day like today when just over your shoulder you can see clouds pouring over the top of Table Mountain.

I wish I could adequately Vine the continual way the clouds wash over Table Mountain. A never-ending wave. So pretty. pic.twitter.com/cN8sUJAJYa

be sure to stop in at least one of the local establishments there to get a real flavor of Cape Malay culture — there are markets and restaurants that feature very Southeast Asian-influenced goods. for lunch i went to Biesmiellah and had their bobotie: ground meat topped with an egg, served with rice. if you have this, definitely do not pass up the chutney that’s served with. i had this chutney (Mrs. Ball’s, i believe is the common brand name) for the first time when i visited South Africa three years ago and fell in love — i brought two bottles home and put it on basically everything.

and now, the pictures!

The littlest clothes hanging out to dry.

One of the first Afrikaans words I learned last time I was here: lekker! #oink

Last one y'all. Thanks for putting up with me!