i spent Thanksgiving weekend on a private tour of India’s Golden Triangle — a great experience! but it brought me to a position i had only been in a couple times before — back in the proverbial closet. 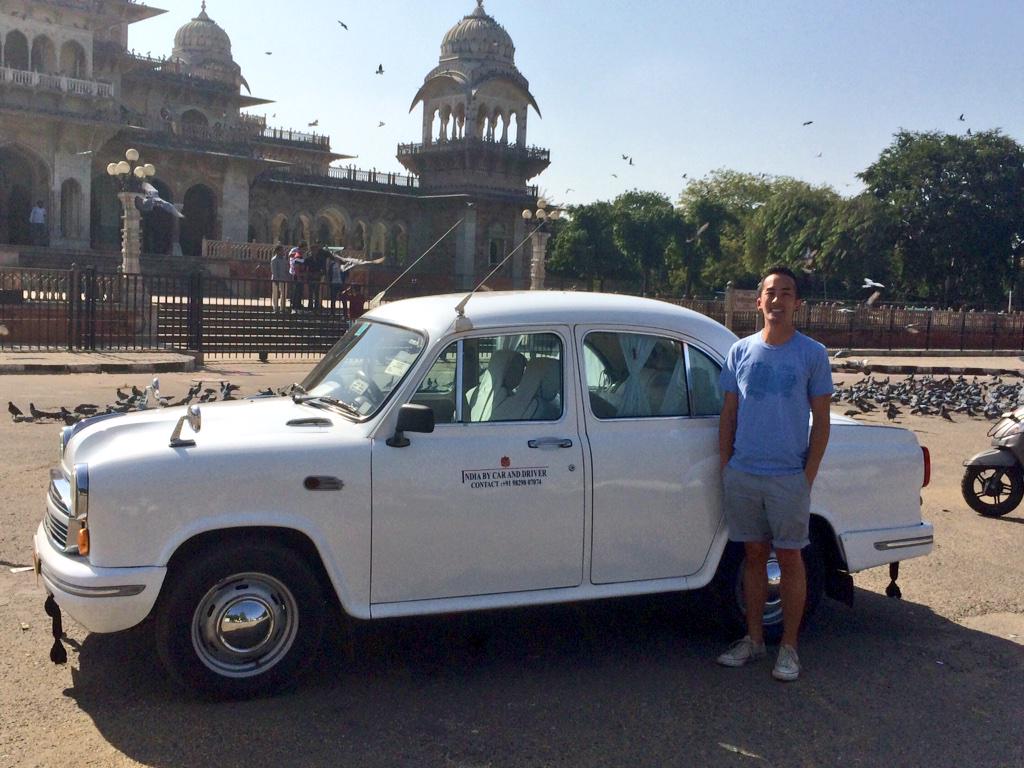 quick background (trying not to make it TMI) — i came out relatively (i think, at least) late, when i was 20, pretty much right after i realized myself i was gay. no biggie for the most part, and i’ve just been of that “i’m here, i’m queer, get used to it” mentality, though it’s not something i uhh, flaunted. i never kept it from anyone except my grandparents (though i’m sure they knew as the years drew on), though if the reaction of the people i told was any indication, no one was surprised. and i’ve been in a long term relationship since 2001.

i usually don’t bother hiding the truth from people i meet when i’m traveling (or not), especially in many parts of Europe or around the US. i figure if they can’t put up with me for who i am, i’ll make it easy and part ways — and good riddance. but in this case, my driver (who was great in all respects, this is not specifically about him), kept asking me about my personal life. (in case you’re wondering, he’s married, wife doesn’t work, not an arranged marriage, she was a family friend, they have two young children.)

“are you single? married? girlfriend?”

“when was the last time you had a girlfriend?”

“how come you’re not married?!”

“oh, you should have a woman, you’d be so much happier!” (seeing as how i was traveling solo)

“what do you do? how do you meet girls?” (thinking i was doing something wrong)

“i hope when you come back next time you have wife and children with you. two childrens!” (little did he know i really don’t like kids)

this happened over the course of the four days and i knew he only had the best intentions at heart, so i certainly can’t fault him for the questions. if we were only going to have limited interactions, i wouldn’t have really cared and probably would have just let the topic fade, but we were stuck together for four days and i didn’t know how he’d react. i hadn’t really done any research on LGBT rights in India (since it never really is an issue for me as a visitor), but now that i looked it up (tldr; it’s taboo and illegal), i’m glad i played it safe (my MO in non-US/Western Europe/Central Europe). i tried to be close to the truth on certain questions, like “when was the last time you had a girlfriend?” (“a long time ago — years!” — actually never lol), “how do you meet girls?” (“oh on activities where we have similar interests, like photography” — sorta true, i guess? if i were on the market now?).

long story short i sorta made up this whole short biography and i’m sure he thinks i’m a straight guy with a loser dating history.

side note: i asked him why a woman was riding on the back of a moped with a bundle of long sticks and he said, “oh she’s [street] sweeper caste, untouchable. don’t touch her. [pause] but i don’t believe that, i love everybody.”

did i handle it correctly? i certainly didn’t want to brush him off or seem rude by drawing a clear dividing line that i didn’t want to talk about certain things, and i tried to shut down the conversation by giving terse, flippant responses, but at the same time i didn’t want to get into an awkward situation for the rest of the trip. remember, we were stuck with each other.

any suggestions on what i should have done or what to do next time when i’m in a conservative country like India and in a situation like this, where i can’t really escape if things get awkward? i really don’t mind lying about my sexuality, i think, and it’s something we as a community are used to, but is there a better (realistic) solution?

Instawalk: The Mughal Arches of the Red Fort, New Delhi