if you’re heading to anywhere in the old Soviet sphere of influence, it doesn’t hurt to do a little prepwork beforehand to ease your wayfinding in countries from Bulgaria to Mongolia and beyond. when you’re surrounded by Cyrillic you can’t help but pick some of it up because you’re forced to, but the sooner you get familiar, in my experience, the better. 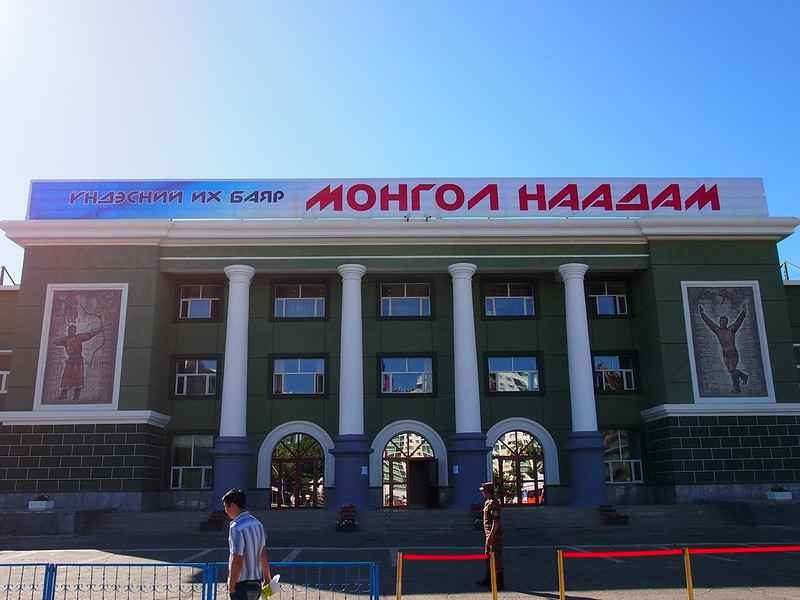 Mongolia. Stylized, but it says МОНГОЛ НААДАМ, or MONGOL NAADAM; Naadam is an annual athletic competition.

here’s how i mentally group (and thus, helped myself learn) the core Cyrillic letters. some languages use additional letters and may have different sounds for these, but this list should definitely get you on your way. note that if you see what looks to be cursive or italics, good luck, as many letters completely change their shape.

of course i’m a native (American) English speaker, so if you’re a native speaker of a Cyrillic language and have any additions or corrections, let me know!

the ones that look similar

the ones that you may remember from math or physics class

these letters look like their Greek counterparts; you may remember using them in equations. (or if you were into the Greek scene in college, you may recognize them from fraternity or sorority names.)

the ones you just need to memorize

these, along with Ш, are the ones i find the hardest since they don’t match up with anything i already know.

this is on a sign that leads to a Ukrainian town that has a very famous nuclear reactor nearby. note that the vowel you may be used to is different.

the full word here on this abandoned building is: РЕСТОРАН 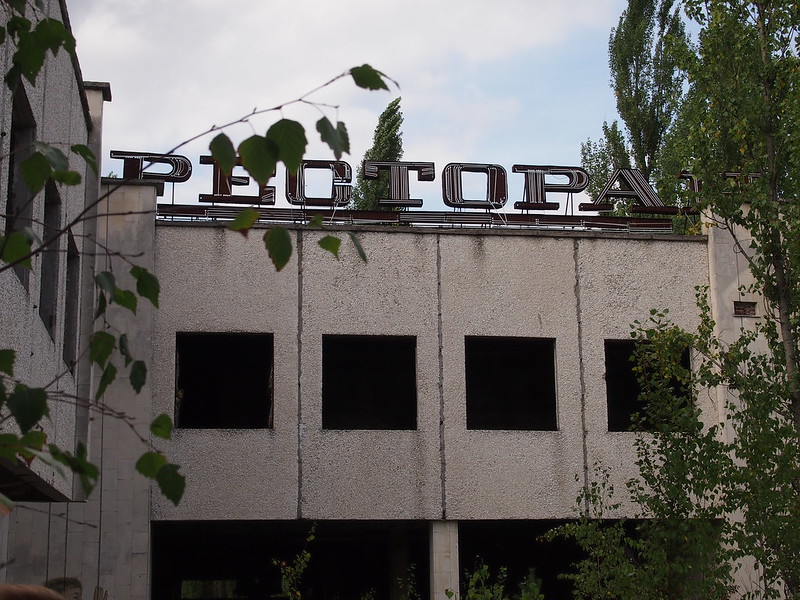 and what’s that on the jetway? hint: it’s the name of an airport.

here’s a map of transit at the Sochi Winter Olympics — i know it’s impossible to ignore the Latin letters as you try and decipher the Russian, but hopefully the more you get comfortable with it, the easier it will be.

a concert poster in Kiev — the singer is fairly famous in Europe (she’s Belgian) and among many of erm, us gays of a certain age over here in the US.

[update] oh, i forgot to include this, my visa for Russia and pass for the Sochi Winter Olympics. you can read not only виза, but see how they transliterated my name. for the record, the visa is right, it’s definitely more кху.

you may be wondering how the letter combination Дж makes a “j” sound — if you think about it, it’s what a J sounds like, a d + zh.

anyways, all i wanted to show was that by learning an alphabet you can open doors to understanding (and getting around town) in many many places. FUN STUFF!

A Reminder to STEP Up, Especially If You’re Sochi-Bound